I should really concentrate on the actual filament itself, however before I do I feel I need to just comment on how awesomely this product was brought into creation.

This particular brand of filament was first advertised and then released as a Kickstarter crowdfunding campaign. As soon as I saw its unique selling point I was interested; a slightly matte finish which supposedly hides layer lines better than any other filament. Also promised was extremely high dimensional accuracy great filament quality and low temperature print-ability with the generally high tensile strength for PLA anyway.

The first thing I must say is that this Kickstarter campaign was not only incredibly well communicated but also kept to it’s deadline with no fuss, with the product ultimately ending up on my door step ahead of its original anticipated release date. This was helped the course by it being a UK based campaign and with me living very close by.

Upon opening the sealed box I was greeted by a vacuum sealed transparent spool, which I of course love as I can see the amount filament left at any point in time, and I was also surprised at just how amazingly well wound the filament was on the spool itself. 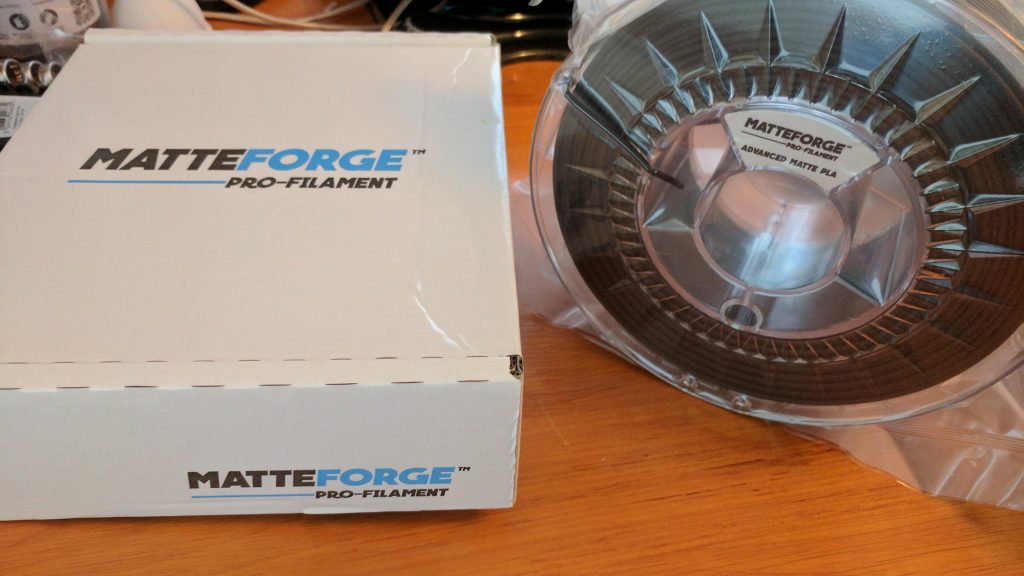 The colour of the black was slightly lighter than I would have originally expected with it being more a dark grey however I actually kind of like that,and in the past I’ve actually been specifically purchasing dark grey filament over black as I find it to give a nicer final print quality and just generally looks a little less tacky.

I set the temperature for a middle of the road to 105 degrees celsius width standard retraction settings at 3 mm at 80 mm/s and fired up a simple to print for some filament cleaners to go inside my newly heavily modified Sigma printer. 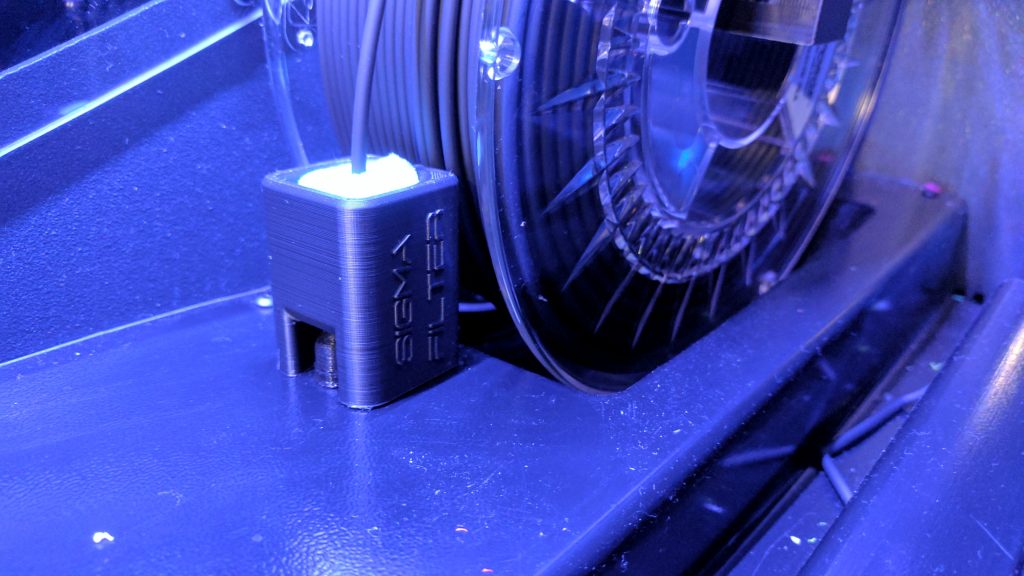 Usually I would certainly a monitor and babysit any new filament I was planning to print with in case of blockages etc. however I had to go out and so with my camera setup I let it do it’s thing

Checking in every couple of minutes to begin with and then every half an hour thereafter everything just looked perfect. I was kind of surprised, this particular part had some support from the base and as I say two parts so quite a few retractions and I was expecting at least some kind of stringing or potentially a blockage given the matte nature of the filament, implying particles within the filament itself.

I also printed a few other objects, including this stand for my laptop.

The support pulled away absolutely perfectly with just a single separation layer in the slicer settings. Dimensionally absolutely accurate and no signs of under or over extrusion in any place at all.

Overall I’m extremely happy with this filament I’m extremely happy in the brand in that managed to do what I had come to expect was the impossible and actually keeps promise promises on Kickstarter campaigns and produce a filament quality that is equal to if not better than any other PLA I have in my collection.

I’m excited to use the remainder of this filament, a full 1kg net weight package, simply because it looks great and in a nice dark black colour is suitable for pretty much any functional or aesthetic application.

The other great thing is that I’m fairly confident I don’t need to change temperature or retraction settings much at all. I may experiment with lower temperatures however I’m not sure this will achieve much given I did not suffer any stringing or blogging in the print at 205 and so I think I’ll keep it there to keep layer lamination super high.

Excited to see other colours that come from this brand in this particular collection of PLA I’m certainly a fan.

Check out the video from our YouTube page to see how the filament printed on the printer, time lapsed for your convenience.