I was perusing thingiverse when I stumbled across a wicked filement spool holder, it was fantastic and even had a silica gel area.

One thing that struck me was despite the 0.3 mm layer height the parts looked incredible due to the glistening fleck in the filament.

I followed the link to the creators own website, Soannerhands. Turns out that the dude is a retailer for Filamentum and also lives nearby.

Was time to place an order. 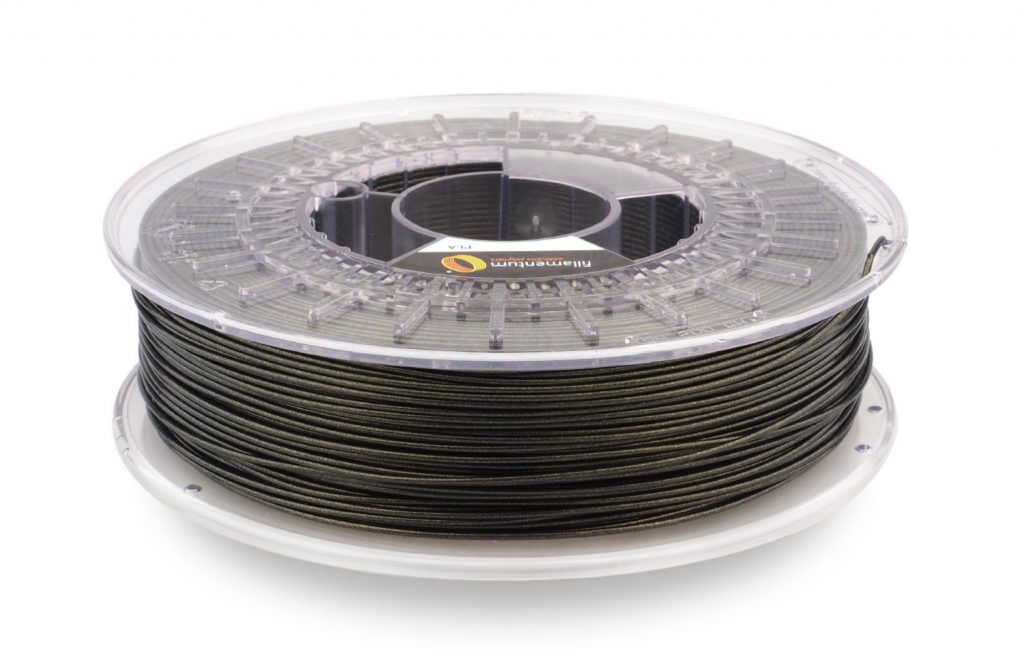 This filament comes on a nice 750g spool. Transparent sides so you can see what you’re doing and nicely wound.

Not only is it boxed, but it’s vacuum packed in a resealable metallic bag.

It loaded easily into the Bondtechs and as it took a day to arrive by this time I’d produced one of the Spannerhands spool holders to deliver it to them printer. It fit very nicely in there.

I was slightly hesitant about using with brass nozzles, due to the additives but I reached out to Filamentum themselves and they said it was absolutely fine.

So, what to print? I had an idea. I am massively into emulation and I recently got a new phone, a galaxy s8+. Typically I use a 8bitdo controller with a my phone for gaming and I thought it would be nice to maybe hold the two together.

I checked thingiverse first to see see if something already existed. There was indeed a similar holder for a different phone that would be perfect for a quick remix. 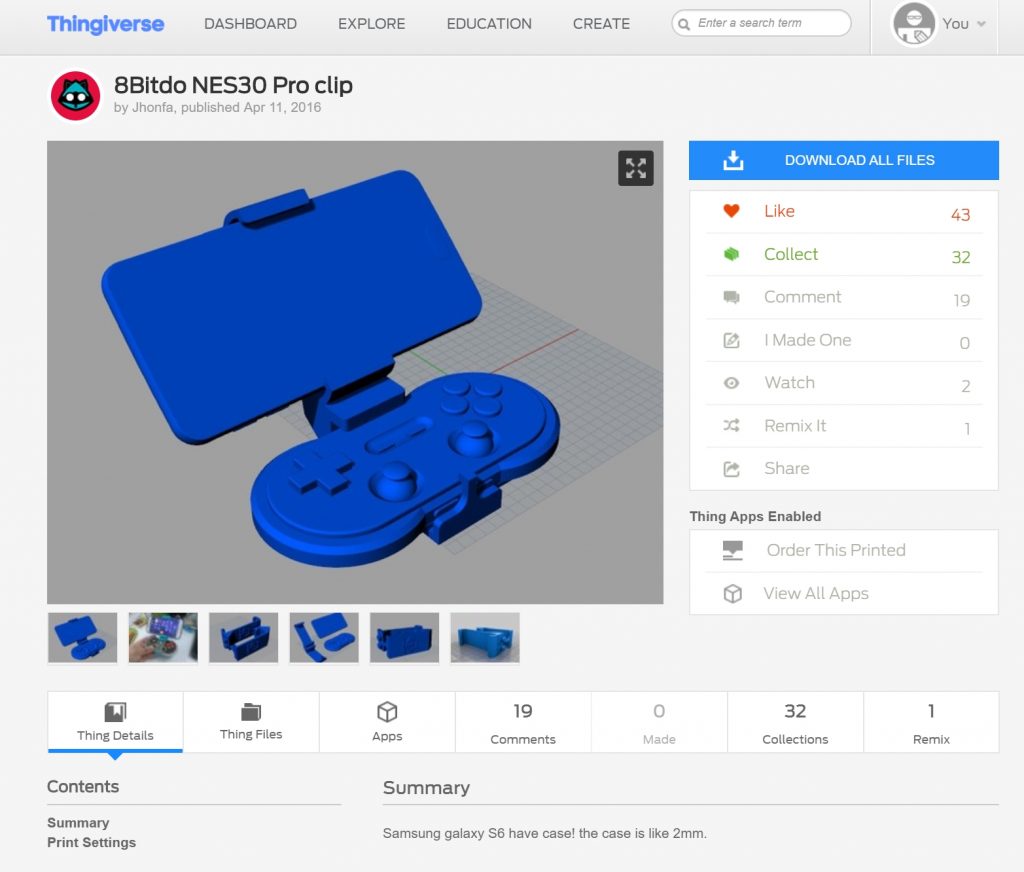 Upon investigation this design had a very obnoxious logo on both parts making the print unnecessarily complex and adding time.

Using a combination of netfabb and fusion360 I simplified the parts, keeping most of the controller holder and only the connector for the phone.

I had a second case with only the back protector, I wanted to use this part to hold the phone securely and then slide into a clamp. I didn’t want plastic directly touching my phone in case it scratches it.

I measured very carefully and designed a very simple clamp for the phone and case. 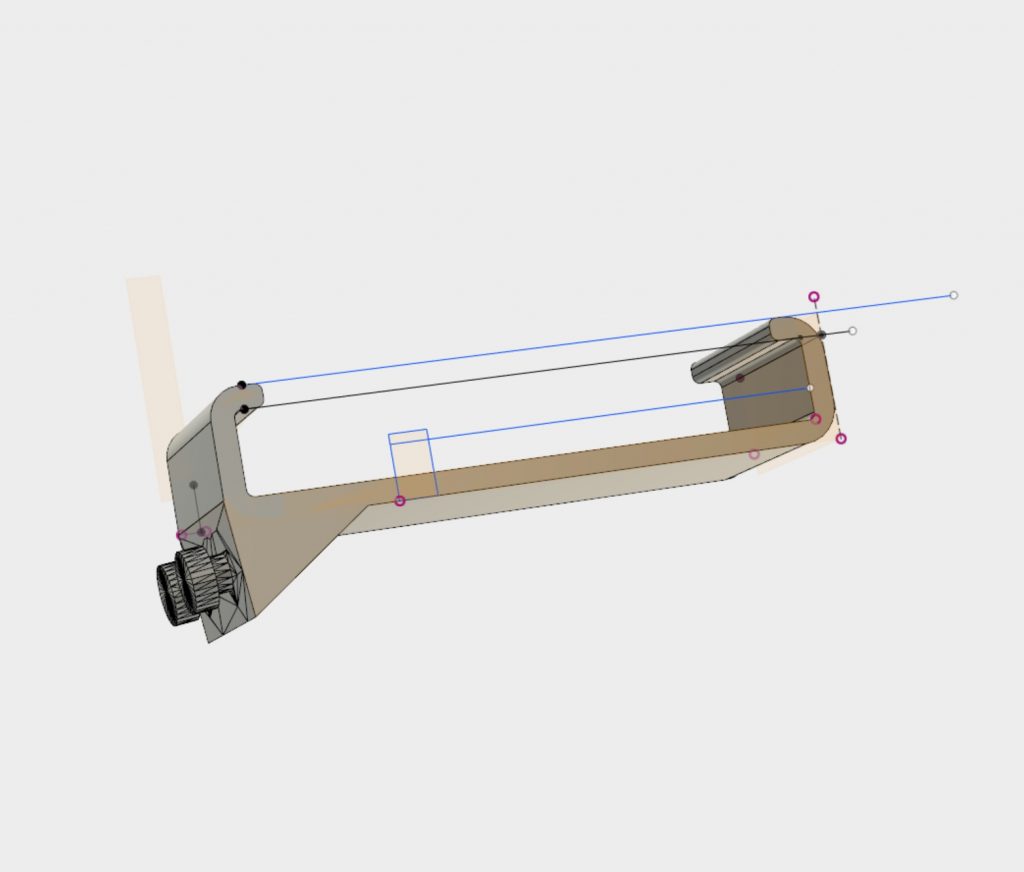 The print started perfectly and there were no issues as the printer moved between the two parts. The walls were very straight and almost perfectly uniform, which is impressive considering this is a very course and textured filament. Check out the video at the start or click here: https://www.youtube.com/watch?v=E-FVEyc3pYg

The finished part was a beautiful fit on the phone side, with the case fitting very snuggly. The supports had adhered fairly hard and were a PITA to remove from inside the little slots to attach the two parts but with some work with some snips they were cleaned out ok. 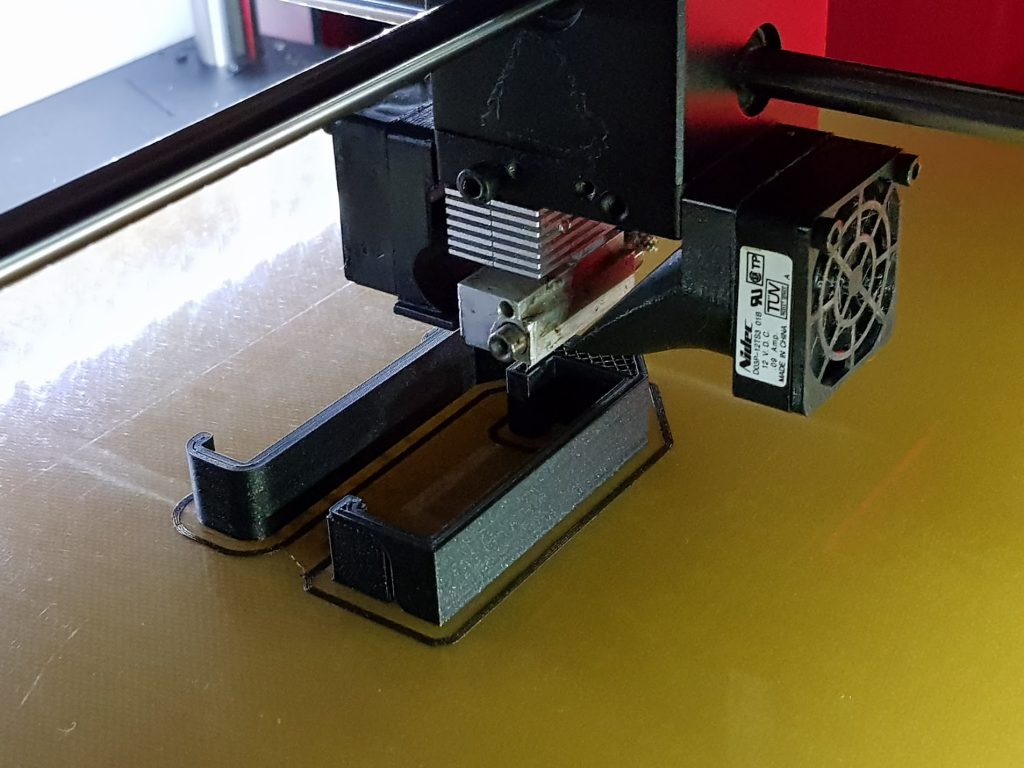 The bit that holds the 8bitdo was actually a bit loose (I knew I should have remodeled it all), however I have a tip that works in these situations. When you need to remove up to a mm of play, a little bit of the eye side of hook and eye tape makes a neat solution, it also helps create a soft bit of protection for the controller too. 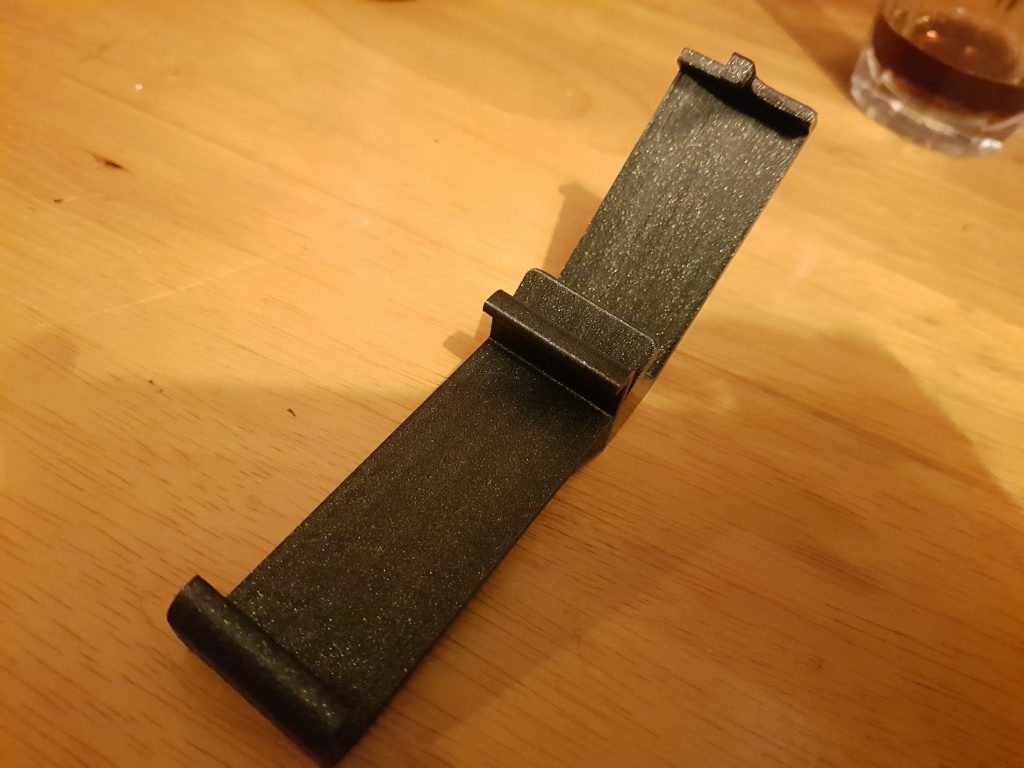 With a few little mods it was together, super tight and works like a boss. Check out the pics below. 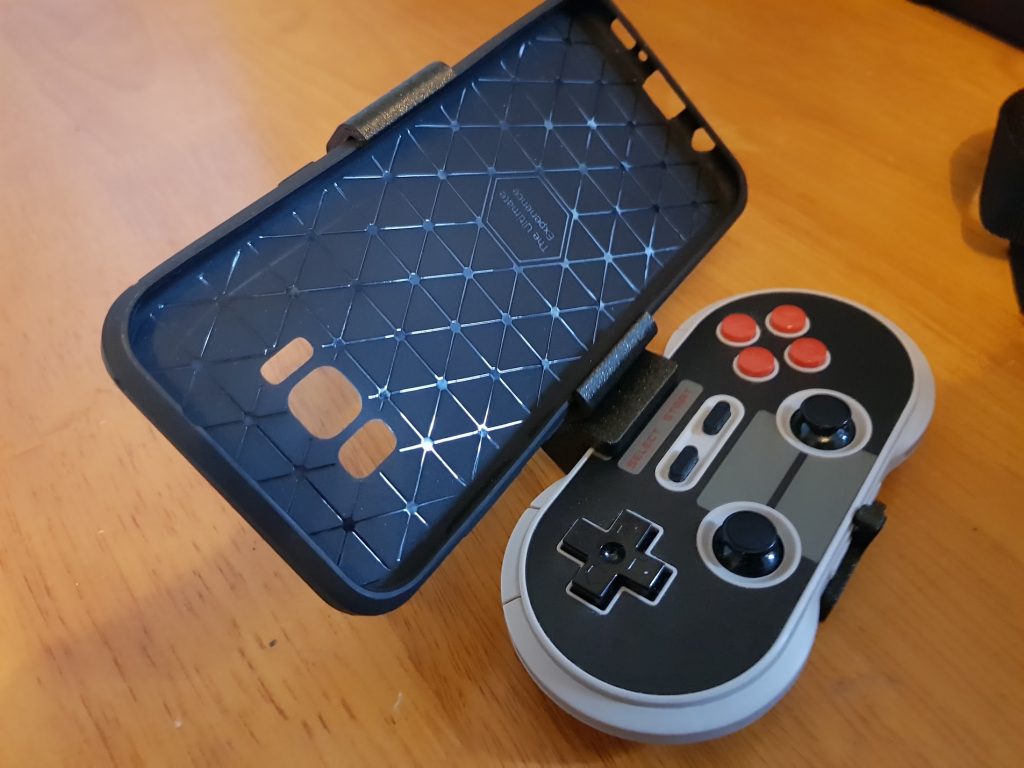 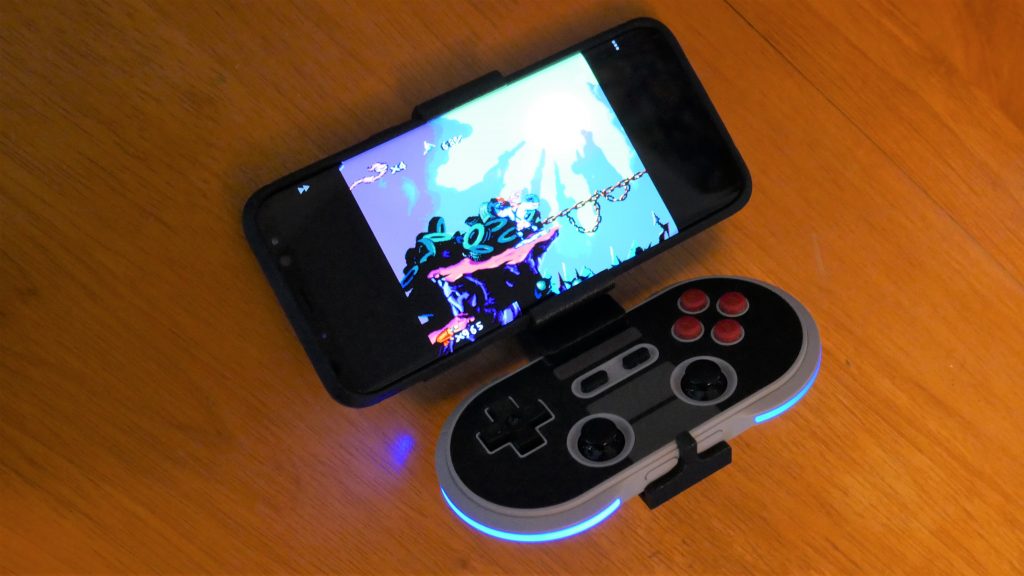 I did try printing the PIX Succulent sample planter twice, however I feel that the coarseness of the filament didnt play nice with the frequent retractions, even with bondtechs and both times failed with grinding…. boo.

A great looking filament, from a quality supplier at a great price. The flecks help disguise layer lines and makes for a classy alternative to the boring and often cheap looking glossy black PLA we are so used to.

Not the greatest for prints with lots of retractions, but I’m sure I’ll find some settings to help it work across the board, it’s just my usual standard settings aren’t playing ball. Half the fun though right?

All in all very happy with the way the test part came out, a great functional print and one that I’ll constantly use – and that I’m sure people will be asking me about on train journeys for months to come.

Summary A great exotic filament that makes a brilliant aesthetic change to the usual boring black. 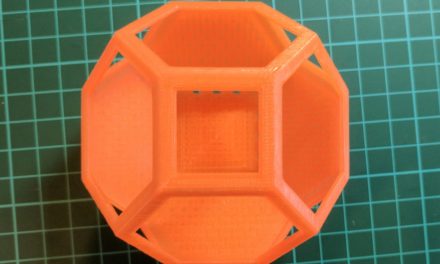 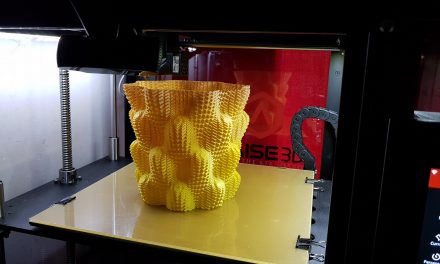 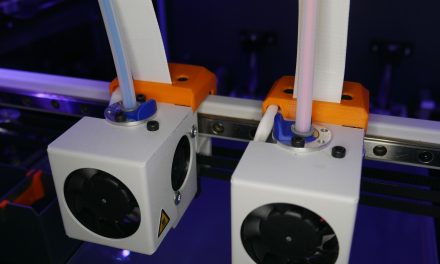 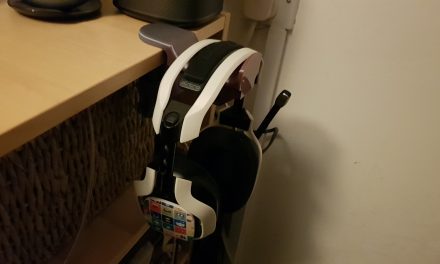