24 hours of adventure in DLP with the Wanhao D7 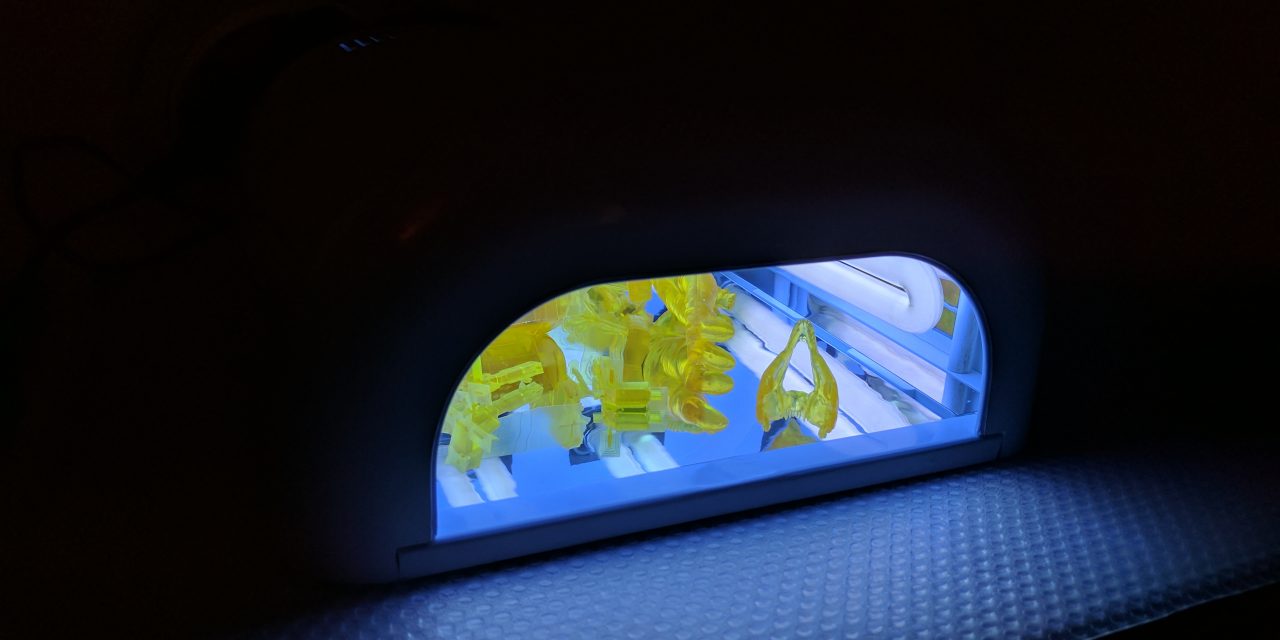 I have quite a lot of experience now with FDM and general 3d printing but SLA / DLP is something I knew nothing about.

I know Form printers were capable of very intricate models but also carried a £3k price tag, had very expensive resin and a small buildplate. This made the kind of printing I wanted to do not viable on such a machine, and I certainly couldn’t afford to run one plus a capable 3d printing machine that uses traditional filament / FDM procedures.

Anyhow, I had been hearing the buzz about that Wanhao D7, I knew they had revised it a fair bit. I knew when it came out it was circa $500 and was caveated to the extreme that it probably wouldn’t work that well. 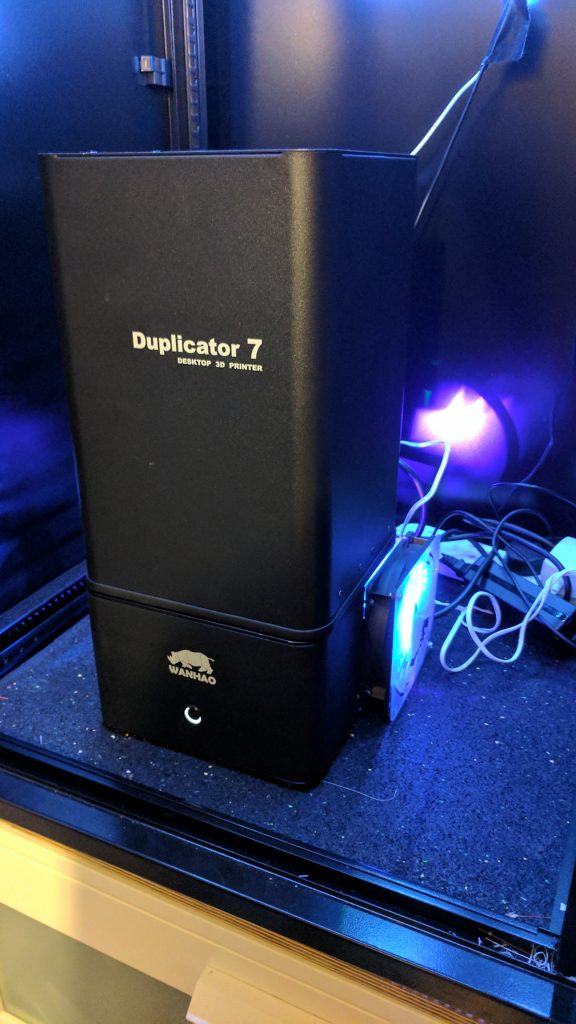 That’s what Wanhao do. They take a concept that somebody else has created and build a low price machine and then very responsively listen to early adopters and build lots of revisions. They did it with the i3 and take a look at the D6, a strange Ultimaker / Zortrax hybrid (bet it works well though).

Anyhow, the Sigma is out of action for a bit and I had the chance to try one of these glorious little machines. An early version that had a retrofitted cooling mod attached (that was later fixed officially by Wanhao in an official mod).

It had the steel plate (later changed for inferior aluminium) and also had a pre-configured pi3 with nanoDLP and a load of FunToDo unpigmented resin.

Already configured, calibrated and good to go but passed on to me with the caveat that it hadn’t been used much and he wasn’t even sure if it worked a couple days before. The value of the device alone minus the consumables about £200, yes about 1/10 of a Sigma, or significantly less than any FDM machine.

Bare in mine the buildplate is 6cm x 12cm ish with 20cm z-height. That is not large. But it can go down to 35 micron in z height it it’s all setup.

To make a start I went from 100 microns, and used some cliche models. Loading into “plates” (instead of FDM slices) and passing through to NanoDLP to process.

NanoDLP is wonderful. It’s like a slick and more feature packed Octoprint for DLP. It’s solid and runs the D7 beautifully.

You can start printing right away, after jut a few plates have been processed.

You need to do a few things, you need to ensure the plate is totally flat to the FEP clear screen when set to “floor”, and you gotta remember to set it to floor before every print.

A print is made up of slices of resin, cured using a ridiculously simple and elegant solution. An array of 30 UV LEDs are passed through an LCD display with each slice displayed on it. LCD like a calculator screen, or your gameboy.

Sure this process  will deteriorate the screen over time, the FEP sheet that sits between the resin and the bed, above the LCD (effectively the vat floor) will also deteriorate. It’s all cheap and made to be replaced.

My first print, an Eiffel Tower worked beautifully, the railings were very nice, thin and detailed.

Removing the print I had a glass scraper handy, not knowing at this point how stiff the model would be I prized slightly too early and slightly rubbery resin chipped a little very slightly however other than that the print looked 100%.

I went on to print the Astronaut and MMU I had printed before in FDM, even at 100 micron they were still amazingly detailed and accurate. I cannot believe how little wobble a basic leadscrew system has here. I guess steel + small bed makes for a very sturdy platform.

Before heading off to the other room for a few hours I wanted to test things, I wanted to double the resolution and also throw it a challenge. Having always struggled with Veronoi on FDM I searched that term, and found this rather beautiful if not provocative female bust.

To make it more challenging I also shrank the model by 50% and had no supports.

Overall I’ve had quite the adventure. My prints are now more adventurous, I have multiple colours and I’m even working on a new hood. 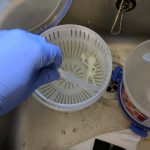 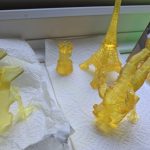 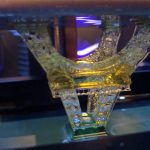 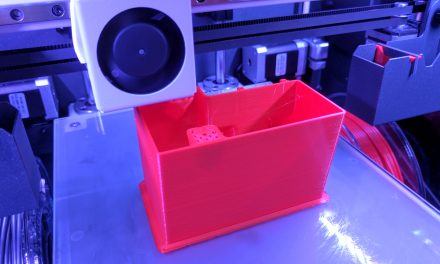 Adventures with a 0.8mm nozzle on the BCN3D Sigma (and the larger “jumbo” purge collector) 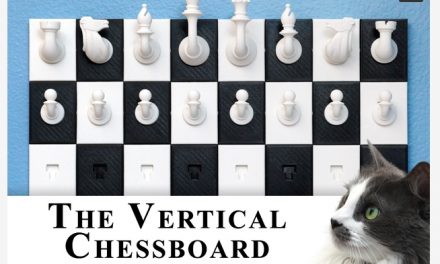 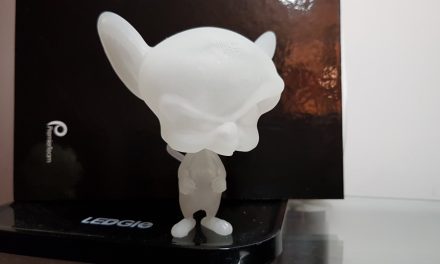